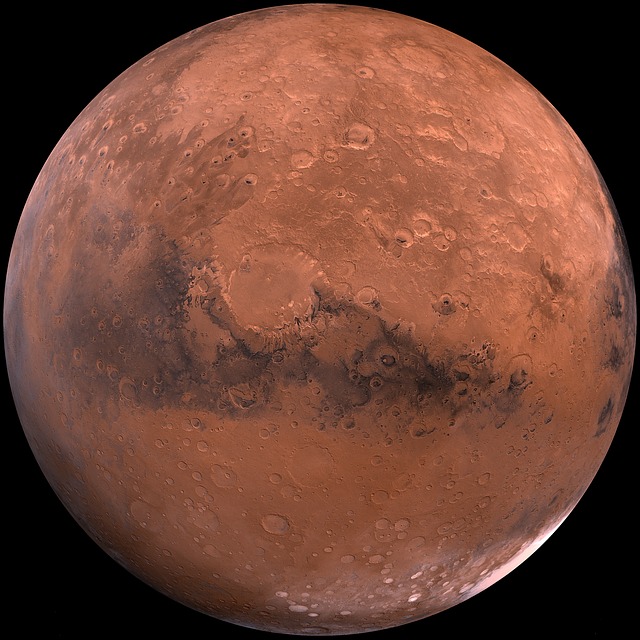 Do you want to see Mars?

Viewing mars without a telescope

If you want to see Mars in the sky, then you can see it at night. At night you can see Mars with naked eyes without using a telescope as it is distinctly red in color. Its red color is due to the high amount of iron oxide, popularly known as rust, in the soil of this planet.

Seeing Mars with a telescope

There are lots of things to know about Mars, like:

Rotation: The rotation of Mars on its axis takes 24.5 hours to complete once. In this way, it can be said that one day of Mars is a little longer than earth’s day. An annoying fact about Mars is that on consecutive days you will see the same part of Mars towards the earth whenever you see it during the daytime. So either you will have to wait for many days or to observe it at distantly separate times during the night if you want to see both the sides of Mars within a short period.

As per a myth, it is assumed that both the moons of Mars were formed simultaneously. Actually, they may be asteroids around this planet and were confined into its orbit. The orbit of Phobos is too close to Mars. It seems that in coming 50 million years, Phobos may tear the Mars apart as it looks like strong forces of the tide around the planet.

Mars space missions: Up to 2018 in all 43 spacecraft have been sent to the Mars which is more than the spacecraft sent to any other planet. The main reason behind sending so many spacecraft to this planet can be its nearness to the earth. Moreover, it is reasonably easier to reach Mars to research about another planet. Additionally, it can be more interesting to know about Mars as its surface can be solid and livable. The rate of success of the spacecraft sent to Mars can be observed easily as 24 out of 43 spacecraft have provided useful information after returning back.

The orbit of Mars: After every 1.9 years or 780 days, known as the synodic period, Mars comes to oppose earth. During these 780 days, the distance between Mars and the Earth varies very noticeably because of its close proximity with the earth in the solar system. The separation of Mars and earth, when both the planets are nearest to each other in their respective orbit, may take almost 0.4 AU time.

On the other hand, when Mars comes opposite to any other planet in the solar system, then their separation may take more than 2.6 AU. As a result of all these things the size of the disk of Mars also experiences dramatic changes. The measurement across this distant and small planet in the solar system is nit more than 3.5 arc/seconds whereas it is seven times more of its size when at opposition to another planet.

The planet orbiting the sun at the fourth number from it is Mars. It is 1.52 AU away from the sun and completes its one orbit in nearly 700 days. In the solar system, Mars is in the neighborhood of earth. It is orbiting the sun nearby the orbit of the earth. The diameter of Mars is 53% of the width of the earth. After Mercury, Mars is the second planet in the solar system that is small in size.

Thus, whether you see Mare by using a telescope or naked eye but the information provided in this write-up can allow you to know this planet better than finding it in the sky. Have a look at these cool mars pics.

If you’re an owner of any 60mm telescope, please don’t make the blunder and also think that your range seriously isn’t great for astronomy. There are great deals of fantastic things in the night sky that happen to be well within of your scope. I will certainly show to you several that I have located satisfying via the years.

Fantastic Things For Your 60mm Telescope

Mars as well as additionally Venus will additionally remain in reach of your 60mm telescope. However, there is considering a lot less detail to see when compared to with Jupiter and Saturn. The factor is all though nearer than the other earths, and they are likewise quite smaller. With Mars, you may see it’s polar caps under perfect viewing conditions. With Venus, all you can see is it’s moon-like phases as well as no surface area features because it’s whole surface area is covered with gaseous clouds.

There are a lot of stars to view with your 60mm. All of them appear in various styles. Solitary stars, double stars like Albireo in the constellation of Cygnus. Numerous of the brighter globular collections including M4, M13, and M22, open collections The Pleiades as well as a galaxy or 2 like the Andromeda are well within reach of a 60mm telescope. Naturally to enjoy these night jewels you need to locate them initially. There is a totally free program for your computer system that’s simply outstanding to learn your method around the evening sky. The name of the program is Stellarium. When setting up, simply key in your area and also the program will present the sky for your location and also the time of day.

My Tip for a 60mm Telescope

I ‘d directly recommend the Celestron Nexstar 60GT 60mm Go-To Refractor Telescope. If you are in a hurry to enjoy the evening skies without needing to learn celebrity maps, this is actually the telescope for you. It will certainly indicate over of 4,000 celestial items for you utilizing the push of a button.

The noticeable things for your telescope are the moon. You can observe thousands of craters with your telescope if you utilized your time to count them. You will obtain a whole lot more enjoyment from observing the moon when you look carefully at the detail. Try searching for craters within craters. That is the actual treat. Furthermore, attempt to observe the many mountain ranges while observing the moon. Look for the extra distinct craters such as Plato, Tycho, Copernicus and so forth. Your 60mm telescope can conveniently settle these craters in great information. You may likewise wish to utilize a moon map to see what various other lunar landscapes will catch your rate of interest. You can Google “moon” and afterward click images at Google to start you off. Become Aware Of Google Planet? Take Into Consideration Google Moon … you’ll find it merely amazing.

There are numerous earths which will conveniently amaze you when viewing through your telescope. To begin … Jupiter. Even with a small 60mm telescope, it is feasible to view at least 2 or 3 red cloud belts on Jupiter. you will have the ability to observe four of Jupiter’s much bigger moons (Jupiter has 63 moons) all named after Galileo’s four kids Io, Europa, Ganymede, as well as Callisto. If you see them over a program of a couple of days, you will observe them change position around Jupiter as they continue with their orbit. With an excellent high power eyepiece, you can see a solar eclipse on Jupiter every occasionally.

The planet Saturn is also an actual treasure to have a look at. My initial telescope was a 50mm tabletop refractor which my dad and also mama determined to buy for me from Kmart back in the seventies. The first world I observed via that range wound up being Saturn. At ten years old, I was simply in awe. You’ll be to with your 60mm. It is possible to watch its rings along with the Cassini department with a high power eye item. Saturn’s most substantial moon Titan is also noticeable. It is bigger compared with our extremely own moon as well as the worlds Mercury as well as Pluto.

Color filters modify the comparison of the details on the planet’s surface area. They aid to draw out the fantastic red area on Jupiter or the ice caps on Mars. The result they have is not very significant so do not anticipate the planetary details to jump right out at you, yet they offer you even more of a battling chance to see the information. Because the result isn’t dramatic, shade filters must not be high up on your purchase list if you call for various other more vital devices such as a wider eyepiece variety.

Each shade eyepiece comes phoned number generally with a ‘W’ or a # in front of it. This number stands for the Wratten number. The Wratten number systematizes points as well as this makes certain that you are purchasing the right shade of a shade filter.

Before we go on to the particular shade filters for drawing out worldly details, we must stop briefly and also take into consideration the lunar filter. This filter is extremely beneficial and also ought to be high up on your acquisition checklist. This is due to the fact that it helps to draw out the information on the moon by removing the glare. The lunar filter additionally makes viewing the moon a much comfier and less eye stressing experience.

So which of the numerous differed shades of filters should we acquire if we want the best chance of seeing those evasive worldly details? Regrettably, the number of various suggestions by various sources is bewildering as well as most likely stands for the fact that the impact they have is fairly subtle. The referrals below are taken as one of the most preferred by various well-revered resources.

Dark Blue or Wratten number 38A is the Jupiter filter of an option. It assists in drawing out not just the wonderful red area yet additionally the detail in the cloud patterns. A have to if you delight in Jupiter.

Violet or Wratten number 47 is the color filter of option for seeing the cloud patterns in Venus’ top ambiance as well as for bringing comparison to the rings of Saturn.

Either one of the filters yellow-green or light yellow will assist to see detail in the environment of Saturn really drawing out the belts and bands. They are likewise the filters of option for trying to observe the dark or albedo areas on the Martian surface.

Red is the filter to help with Mars’ ice caps as well as can likewise aid with the festoons on Jupiter.

These four filters cover the primary worldly information that amateur astronomers would like to see.

You may have missed